From July to December 2013, Brayden McLean and Ryan Carey (the authors) built a new effective altruist community. We entered this process with only scraps of spare time in-between our full-time jobs, and the support of a few keen volunteers. We promoted this group using meetup.com, leafleting at talks by Peter Singer, and networking. Within a few months our Effective Altruist community was hosting multiple meetups per month, regularly attracting 20 or more attendees. At the same time as the founding of EA Melbourne, we escalated outreach efforts for the local LessWrong chapter, achieving similar successes in community building that we will refrain from elaborating on here. Management of EA Melbourne has been handed over to Helen Toner and Ruben Bloom as of January 2014. 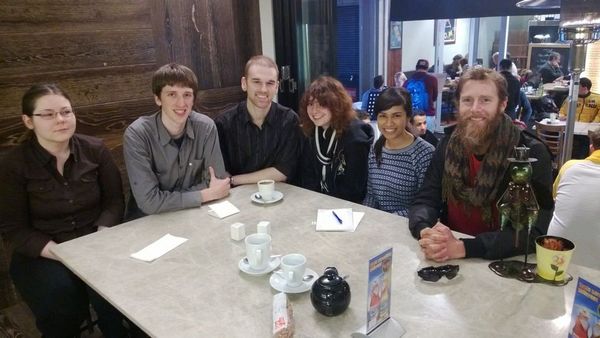 Ryan and Brayden gathered together a founding team with Stephanie McQualter from the Monash Philosophy Society, Frazer Kirkman, a mindfulness and wellbeing teacher, and Kathy, a developer and previous collaborator with Leverage Research. We met in a city café on 30 June to plan what kind of chapter we might create. We stated overlapping sets of goals which centred on the following:

On Friday 12th July, we held our first event, a meet and greet at the socially conscious bar Shebeen. There were 15-20 attendees, mostly aged in their twenties. About half were known from Lesswrong or from the founders meeting, while the rest were new. The event went well, and there was lots of discussion of further potential projects. As a result, we were very busy in the month of August, implementing the following projects: 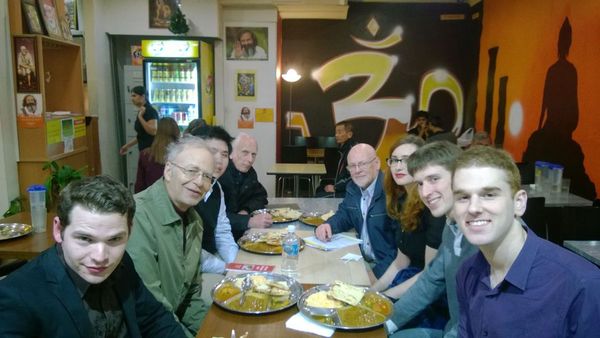 Peter himself made an appearance at the dinner, meeting with our core group of attendees.

In parallel with our outreach efforts, we started looking into other projects that we had some comparative advantage while being located in Melbourne:

Around this time, Brayden, Helen and Ryan, who were now managing the group met to discuss ongoing strategy. It was suggested that the Giving What We Can brand that we had previously been emphasising did not necessarily best represent the group and its activities. There was a mixed degree of interest in poverty alleviation, some notion that the group was more interested in career choice and research than in monetary donation, only a couple of participants had pledged ten per cent and no one had newly signed the GWWC pledge as a result of our activities Giving What We Can Melbourne. 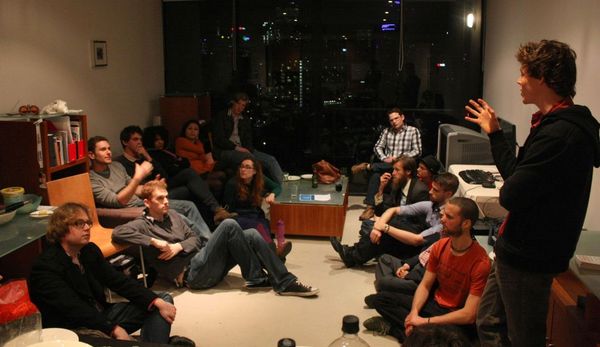 Moreover, the group identified more strongly with the broader Effective Altruist label than with Giving What We Can in particular. Based on this assessment, a provisional decision was made to continue our efforts under the name Effective Altruism Melbourne. Subsequently, we have not run any further events under the Giving What We Can Melbourne brand.

We continued to run events after this, and quickly found a popular and repeatable combination of event formats that required less overheads. These continued at a decreased frequency of two per month. During this period we held an all day brunch fundraiser and social mixer event at Brayden’s rationalist sharehouse, and two telepresentations, one by Geoff Anders from Leverage Research, and another by Jess Whittlestone from 80,000 hours. 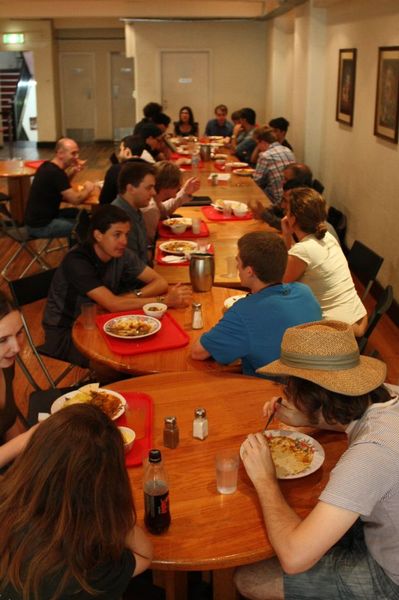 Thus if Effective Altruism Melbourne would continue into 2014, someone new would have to take responsibility for maintaining its ongoing operations. We met with Helen Toner and Ruben Bloom to assist them in setting their goals and mission that they will bring to the community. This new team is off to a great start by starting a regular monthly lunch meetup that is displayed along with other events on an online calendar. Since the inaugural lunch discussion group, they have hosted effective altruist researchers Katja Grace and Paul Christiano, and have since filed a lecture hall at a presentation by Julia and Anna from CFAR.

I will now discuss to what extent Effective Altruism Melbourne achieved each of its goals using examples of events that seemed to succeed and events that didn’t.

Organising your first effective altruist event should take no more than two hours of organisation. It just takes a few people to sit down and do it. We are proud that we avoided analysis paralysis by implementing a simple plan. In doing so, we gathered information that should be useful for the rest of the effective altruism movement. We are excited to see Effective Fundraising and Dot Impact similarly measuring their activities.

Any questions about how to emulate the good bits of our project and avoid the rest may be directed to Ryan at ry.duff@gmail.com