What is your confidence in the premises of the Repugnant Conclusion?

I think it would be interesting to know the confidence of EA Forum readers in the Repugnant Conclusion and each of its premises (see next section). For that purpose, I encourage you to fill this Form, where you can assign probabilities to each being true in principle. Feel free to comment below your rationale.

Please participate regardless of the extent to which you accept/reject the Repugnant Conclusion, such that the answers are as representative as possible. I recommend the following procedure:

You can edit your submitted answers as many times as you want[1]. I plan to publish the results in 1 to 2 months.

Repugnant Conclusion and its premises

“The Repugnant Conclusion is the implication, generated by a number of theories in population ethics, that an outcome with sufficiently many people with lives just barely worth living is better than an outcome with arbitrarily many people each arbitrarily well off”. In Chapter 8 of What We Owe to the Future (WWOF; see section “The Total View”), William MacAskill explains that it follows from 3 premises:

Figure 8.7 of WWOF helps visualise the effect of the 2 1st premises via the following worlds: 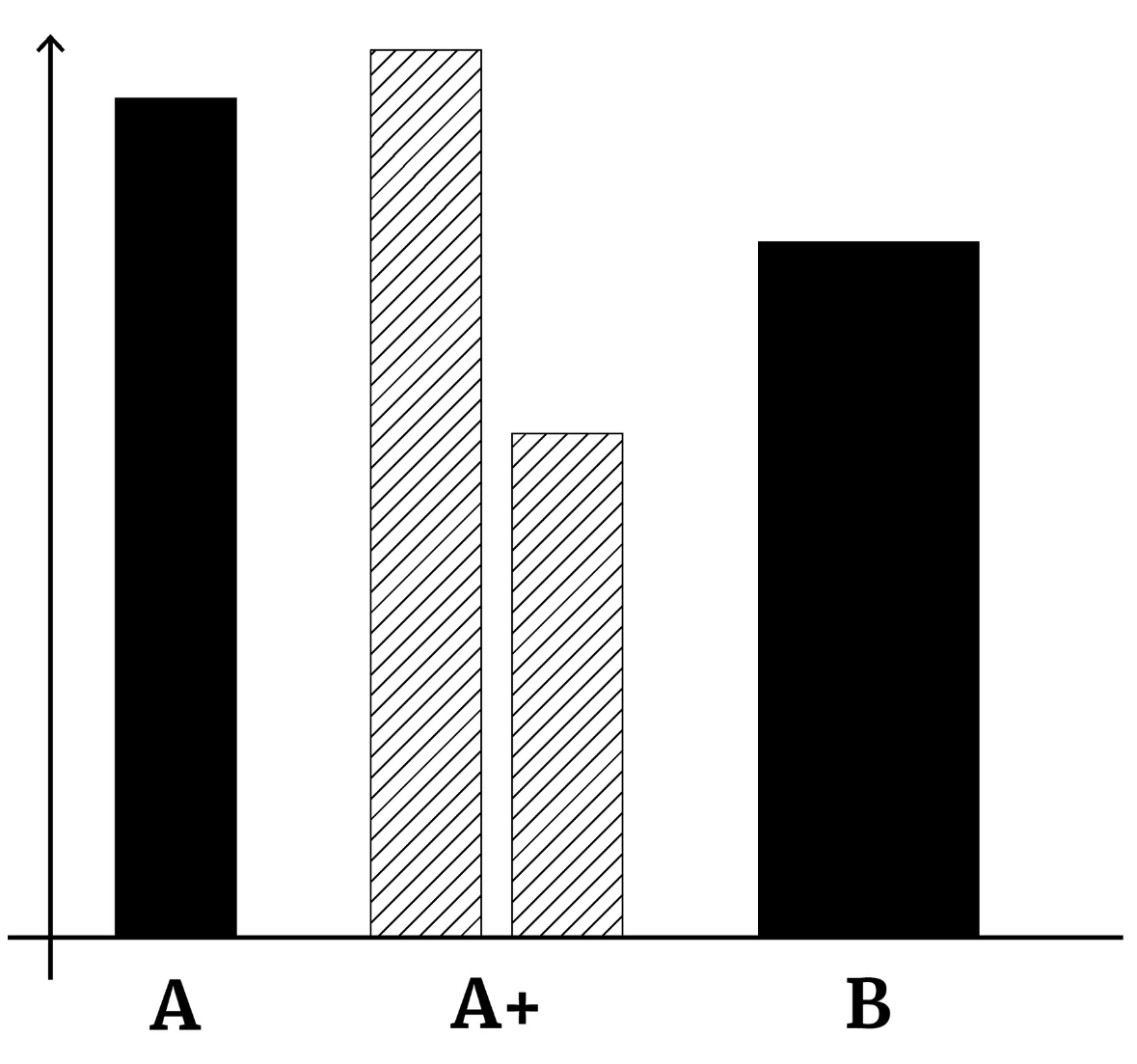 Accepting all of the premises does not imply accepting the total view, which “regards one outcome as better than another if and only if it contains greater total wellbeing, regardless of whether it does so because people are better off or because there are more well-off people”. For example, the Very Repugnant Conclusion does not follow from the above premises.

My strongest objections to the premises

I believe all of the premises are close to indisputable, but my strongest objections are:

Thanks to Michael St. Jules, Pablo Stafforini, and Ramiro.

My main objections are:

Also, I just remembered that the possibility of positive value lexicality means that these three axioms alone do not imply the RC, because Non-anti-egalitarianism wouldn't be applicable, as the unequal population with individuals past the lexical threshold has greater total and average welfare (in a sense, infinitely more). You need to separately rule out this kind of lexicality with another assumption (e.g. welfare is represented by (some subset of) the real numbers with the usual order and the usual operation of addition used to take the total and average), or replace NAE with something slightly different.

EDIT: Replaced "plausibly" with "possibly" to be clearer.

Re 2: I don't think the standard issues with pure aggregation can be appealed to in the strongest version of non-anti-egalitarianism, because you can add arbitrarily many steps so that in each step the pool of beneficiaries and harmed are equal in size, and the per individual stakes of the beneficiaries is greater. Transitivity generally does imply pure aggregation for reasons like this, so it seems like in this case you'd want to deny transitivity (or again, IIA) instead, or else you'll need to make a stronger and apparently costlier claim about how to trade off interests that isn't unique to pure aggregation.

Interesting! That argument seems right, if you rule out positive value lexicality, so that you can guarantee the beneficiaries can gain more than the harmed lose, and this can all be done in finitely many steps.

Sorry yeah, that was an unstated assumption of mine as well.

Thanks for all the detailed explanations!

Whether the move from A to A+ improves things depends on whether or not B is available.

In my mind, whether A+ is better than A only depends on the goodness of the difference between them:

Would you replace your excellent moments with marginally good ones to marginally improve all of the marginal ones and marginally increase your overall average and total welfare?

I definitely would, but I can see why my intuition would push against that. For a typical life expectancy, and magnitude of excellent moments, marginally increasing the goodness of the marginally good moments would probably not be enough to increase total welfare.

The aggregation required in NAE depends on welfare being cardinally measurable on a common scale across all individuals so that we can take sums and averages, which seems plausibly false.

I agree a common scale is required. However, at a fundamental level, I believe wellbeing is a function of the laws of physics and elementary particles. So, as all humans are subject to the same laws of physics, and have very similar compositions, I expect there is a (very complicated unknown) welfare function which applies quite well to almost all individuals.

It's assumed there is positive welfare and net positive lives, contrary to negative axiologies, like antifrustrationism or in negative utilitariaism.

You need to separately rule out this kind of lexicality with another assumption (e.g. welfare is represented by (some subset of) the real numbers with the usual order and the usual operation of addition used to take the total and average), or replace NAE with something slightly different.

I agree, but I do not think that kind of lexicality is plausible. How can one produce something infinitely valuable from finite resources?

It might be interesting to ask for people's credence in the conclusion also!

I am very strongly attached to both dominance addition and non-anti-egalitarianism. If I was to reject a premise it would probably be transitivity, though I think there are very strong structural reasons to accept transitivity, as well as modestly strong principled ones (in all cases of intransitive values I am aware of, the thing you care about in a world depends on what other world it is being compared to, if this is necessarily the case for intransitive values, it requires a sort of extrinsic valuation that I am very averse to, and which is crucial to my strong acceptance of dominance addition as well).

A more realistic way I reject the repugnant conclusion in practice is on a non-ethical level. I don't think that my aversion to the repugnant conclusion (actually not nearly as strong as my aversion to other principled results of my preferred views, like those of pure aggregation) is sensitive to strong moral reasons at all. I think that rejection of many of these implications, for me, is more part of a different sort of project all together from principled ethics. I don't believe I can be persuaded of these conclusions by even the best principled arguments, and so I don't think there is any level on which I arrived at them because of such principles either.

I think many people find views like this to be a sort of cop-out, but I think arriving at moral rules in a way that more resembles running linear regressions on case-specific intuitions degrades an honest appreciation for both moral principles and my own psychology, I see no reason to expect there to be a sufficiently comfortable convergence between the best versions of the two.