We have published a preprint of a paper describing the concept of differential technology development and exploring when and how its implementation may be viable. This manuscript has been in the works at FHI for a while, so we would love your feedback!

With this paper, we attempt to thoroughly explore the concept, make it accessible to the broader research and policy community, and explore the contexts in which its implementation is likely to be viable. To our knowledge, this is the first academic article seeking to comprehensively articulate a principle of differential technology development.

In the paper we argue that:

Amongst other things, paper outlines four relevant categories of technologies: 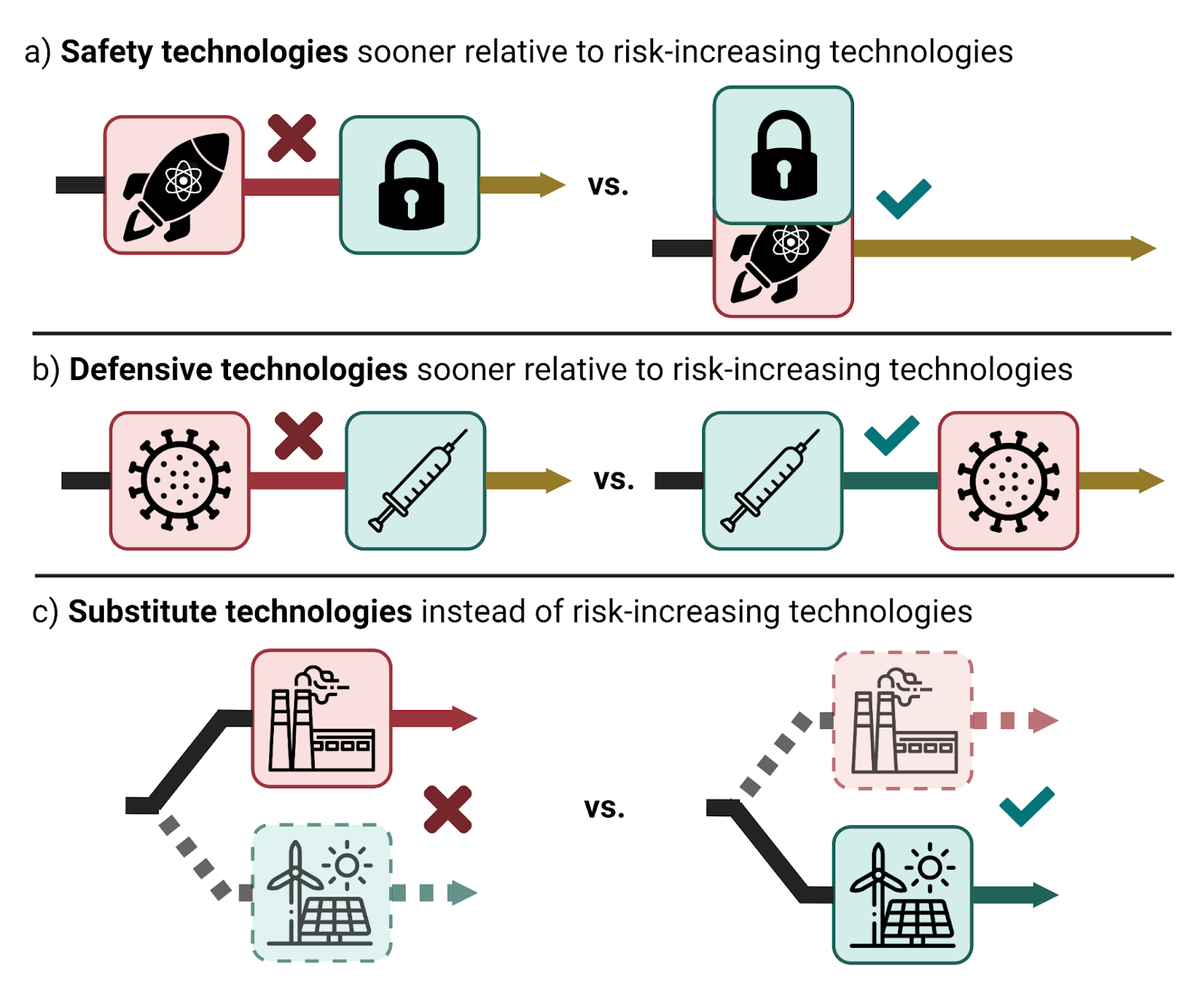 We hope that this paper can provide a useful framing for discussions and future research about differential technology development, as well as generating ideas for how it may be best implemented in practice.

We are grateful to Michael Aird, Markus Anderljung, Jan Ole Ernst, Ben Garfinkel, Sihao Huang, Matthijs Maas, Cassidy Nelson, and James Wagstaff for useful discussions and comments on the manuscript. Furthermore, we are also grateful for feedback from participants of work-in-progress meetings of the Future of Humanity Institute and Centre for the Governance of AI. We thank Shrestha Rath for help with formatting and organising references. Jonas B. Sandbrink’s doctoral research is funded by Open Philanthropy. Hamish Hobbs’ contribution to the paper largely occurred while funded as a Research Scholar at the Future of Humanity Institute.