An embarrassment of riches

People interested in effective altruism come from many different backgrounds. I know people whose families expected them to become lawyers or businesspeople, and others whose families would be appalled if they went into something so "money-grubbing."

This post is primarily aimed at those of us who grew up in cultures that emphasized a certain style of simplicity. In some cases I think it can be an advantage, for example, because it's easier to live below our means. But in other cases I think it leads us into bad decisions that prioritize our personal purity above the well-being of others.

I'll start with an illustration from history. Jane Addams, the founder of social work, spent her life striving to improve the conditions of poor immigrants and particularly working-class women in Chicago. In 1896, she traveled to Russia to meet with author Leo Tolstoy, whose ideas on solidarity with laborers had impressed her. Both Addams and Tolstoy struggled with how to deal with their privileged backgrounds; Tolstoy was a count and Addams had inherited a fortune as a young woman. Tolstoy, who was living on his family's estate dressing like a peasant and participating in the farm work, began the meeting by criticizing Addams' stylish dress. He urged her to follow him in taking up manual labor rather than spending all her time on administration.

When Addams returned to the large settlement house she ran, she was determined to spend part of her workday in the bakery there rather than in her office. (Reminds me of the Undercover Boss reality show in which CEOs work as janitors for two weeks.)

But she grew frustrated with the inefficiency of spending part of her day as baker rather than director. “The half dozen people invariably waiting to see me after breakfast, the piles of letters to be opened and answered, the demand of actual and pressing human wants—were these all to be pushed aside and asked to wait while I saved my soul by two hours’ work at baking bread?” (Twenty Years at Hull House, p. 197) She decided that she could do more for her neighbors by continuing her administrative work than by sharing in their manual labor. 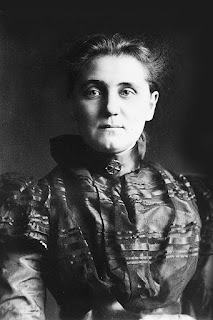 I think Addams gets at an ongoing problem with tendencies to act or appear a certain way rather than accomplishing anything in particular. (Certainly leftists and liberals are not the only ones to fall into this, but I'll focus on us here.)

Tracy Kidder's book about doctor and humanitarian Paul Farmer cites him talking with other Partners in Health staff about "the goofiness of radicals thinking they have to dress in Guatemalan peasant clothes. The poor don't want you to look like them. They want you to dress in a suit and go get them food and water."

I have a friend who gives away much of his income but realized he needed to spend money on a nice suit to meet with people and influence their giving. Saving money by not buying a suit would actually have been a loss for the people he intends to help.

Some of us come from religious traditions that emphasize voluntary simplicity and solidarity with the poor. I'm interested in the ways that this can help or hinder us in actually helping others.

I've enjoyed reading some of the thoughts of a Franciscan friar on voluntary poverty. The Franciscan order was founded largely in response to the opulent lifestyle of the 13th-century Italian upper classes, and material simplicity has been an important part of their tradition ever since. But the writer, Brother Casey Cole, questions whether friars should take solidarity so far as to shoulder the difficulties that come with being involuntarily poor, like buying low-quality appliances that break because you can't afford ones that last longer.

I spent 10 years active in Quaker communities, a tradition which emphasizes simplicity. The main text of each regional Quaker group includes "queries," or questions for reflection, on many topics. One group asks:

I love this approach to simplicity as freedom. Other than my Apartment Therapy habit, I think Jeff and I have been much happier by not letting media dictate our desires too much. Particularly as a parent, I'm wary of the ways we can be led into "needing" things that don't actually improve our quality of life.

But I've also seen the idea of material simplicity extended farther than I think makes sense. At one point Quakers were going around policing the width of each other's hat brims lest somebody have one that was not "plain" enough. And today I think people sometimes slip into policing material possessions, particularly technology, rather than looking at whether these possessions actually improve our lives. I know people who still look down at smartphones as an unnecessary luxury. As a person who takes public transit, getting a smartphone has changed the way I travel—there's much less getting lost, less rushing to catch a bus only to find it's running late. This material possession makes my life simpler and better. (I notice Brother Cole, quoted above, said his laptop and iPhone are the material possessions most important to him.)

I've seen articles explaining why so many refugees carry smart phones—far from being a luxury, they are a vital source of information and connection to loved ones. Cell phone ownership even among the very poor in Africa has made it possible for them to do everything from transferring money without access to a brick-and-mortar bank, to tracking cattle gestation periods, to verifying that anti-malarial drugs are real and not counterfeit. The way that technology enriches lives from Syria to San Francisco is something I'd like to embrace, not scorn.

John Wesley, founder of the Methodist church, gave his sermon "The Use of Money" many times throughout the 18th century. In it, he advises followers not to reject money, but to use it wisely. "The fault does not lie in the money, but in them that use it. It may be used ill: and what may not? But it may likewise be used well. . . . By it we may supply . . . a defence for the oppressed, a means of health to the sick, of ease to them that are in pain."

Wesley urges followers to "gain all you can" without sacrificing their health or engaging in immoral action, "save all you can" by living simply, and then "give all you can." The sermon is the first known proposal of "earning to give."

My mother spoke proudly of the low-paying professions her family tended toward: "Farmers, ministers, teachers, musicians—if it pays badly, we've done it!"

When I started to consider earning to give, I kept noticing a reaction of disgust to the idea of having a high-paid job. I couldn't get away from my vision of "rich people" as bad and greedy people. The idea of being associated with them, for example by going into law and then donating most of my earnings, turned my stomach. That attitude isn't helpful, and I don't want to pass it on to my children.

I think some of this comes from embarrassment about the privilege I have. I grew up in a rich country with parents who could give me everything I needed. I have a college education, I'm healthy, and I'm able to do many things I set my mind to. I got lucky in a lot of ways, and I'm sad that not everyone has these things.

But squandering this privilege by pretending I don't have it would not help anyone except me. It might make me feel better, but me feeling better about my privilege is not the point. I could be a good hippie and spend my days volunteering at the local library and my evenings making pottery in my basement. No one could accuse me of making things worse, but I would hardly be making things better for people in extreme need. I think we should be less like Tolstoy barefoot in the woods, and more like Jane Addams using her wealth, connections, education, and skills for the benefit of others.

If we want to make a better and fairer world for everyone, we should use every tool we have—including money—to do so.

I'm currently earning to give and donating what is perceived by my affluent society as a large percent. At first my family were horrified, and many of my friends and colleagues thought it was strange or even borderline ridiculous, but after a year people are finally accepting and even supporting my choice. I think persistence is key - when Gandhi and other leaders of major social movements went up against social pressure, they didn't quit, they just persevered and did what they knew was right.

This is a really interesting and well-written post. I particularly liked the Jane Addams story and the Paul Farmer quote - they really drive home the message.