Frontpage
High Impact Science
Not whether, but when?
How much can I advance my field?
5 comments

by Carl Shulman, originally from the 80,000 Hours Blog

Paul Ehrlich began his 1968 book, The Population Bomb, with this statement:

The battle to feed all of humanity is over. In the 1970s hundreds of millions of people will starve to death in spite of any crash programs embarked upon now. At this late date nothing can prevent a substantial increase in the world death rate.

Ehrlich predicted the deaths as a consequence of the challenge of feeding a rapidly growing world population, pointing to recent devastating famines in South Asia. But even as those words were written, the fields were being planted with new, higher-yielding semi-dwarf strains of wheat and rice. Combined with modern fertilizers and other methods, these strains ushered in the “Green Revolution”: wheat production in India and Pakistan almost doubled between 1965 and 1970, and formerly famine-wracked countries became self-sufficient in food and have not seen such hunger since. The agronomist Norman Borlaug, who developed new and more effective methods of plant breeding, used them to develop the key strain of wheat, and brought about expansion of his methods to other crops and deployment in South Asia, played a pivotal role.

Some credit him with saving a billion lives, referring to the number of people fed by the increase agricultural production of the Green Revolution. Indisputably, scientific and technological advances and technological innovation have brought about almost incredible amounts of good. 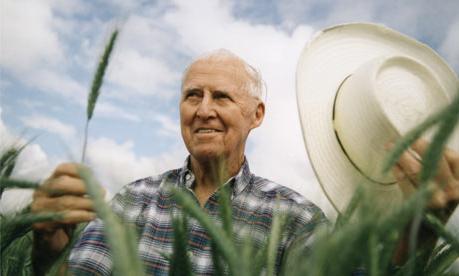 Not whether, but when?

However, when we ask how we can effectively do good in our careers, the key question is not how much scientific research on the whole has made the world better: it is “how do I expect the world to be different if I take up this career, rather than another one?” If Norman Borlaug had never lived his discoveries would eventually have been made by others. Continued food scarcity would have evoked both market and government responses in increased research. Fertilizers and other agricultural technologies would have been applied without enhanced crop varieties, capturing some of the Green Revolution’s benefits. We should think of achievements like Borlaug’s as bringing about technologies faster, rather than making them possible at all.

However, tremendous impacts are possible through speeding the pace of progress, even slightly. According to the WHO, malaria killed over 781,000 people in 2009. If current trends continue, advances in vaccines, bednets, mosquito control, and increased deployment efforts will likely eventually drive down fatalities to zero. But leaping ahead in this process by a single year could save 781,000 lives. A single day’s speedup would save 2,139 lives. Advancing the process by even 40 seconds would save a life. Then the question becomes: how many seconds can you expect to advance your field over your career?

Norman Borlaug advanced progress on a massive issue by years, a truly exceptional achievement that very likely saved millions of lives or more over time. But far more scientists, working on important but neglected problems, could each hope to do good comparable to moving malaria eradication forward several days. Such an achievement could do as much good as donating millions of pounds to apply existing vaccines or drugs.

How much can I advance my field?

When we consider donating to administer treatments for tuberculosis or malaria, we can measure lives saved through randomized experiment: administer the treatment to half of a study population at random, and see how many more members of the vaccinated group remain healthy. Estimating the impact of individual research contributions is harder.

It’s easy to measure inputs such as R&D funding and scientific workforce. For instance, spending on malaria R&D was $612 million in 2009, after doubling from 2004 levels thanks to increased spending by the Gates Foundation and United States NIAID. So one can fairly easily find out whether adding one’s brain or donations to the field will boost the relevant inputs by 10% or by 0.01%, and rephrase questions about impact of additional researchers in terms of the speed increase from a percentage resource increase. Will doubling R&D budgets cut development time by at least 10%? 2%? 0.2%? Phrased in this way, it is easier to draw on other knowledge to judge the plausibility of potential impacts.

When a panel convened by the RethinkHIV initiative, which performed cost-benefit analysis of a number of HIV/AIDS interventions, turned to HIV vaccine research, it consulted expert HIV researchers to estimate the likelihood that vaccine development would be both successful and not preempted by substitutes. The cost of vaccine development was estimated based on the costs and frequency of past partially successful vaccine candidates. They then found very large benefits relative to costs from increasing annual R&D spending from $900 million to $1 billion, provided that this increase would accelerate vaccine development by ~5 months (vs a baseline 20-30 year timeframe), so that vaccine research would outrank deployment of existing treatments in cost-effectiveness.

Reasoning like this, taking into account the magnitude of potential gains in a field, the scale of inputs so far, track records in similar fields, expert judgment (with caveats) and interim successes, can make a good start at deciding what research areas to bet on when trying to steer towards high impact.

Opportunities for high-impact science are present within a wide variety of fields, including not only public health but also physics, mathematics, computer science, economics, and many more.

Previous: To Save the World, Don't Get a Job at a Charity, Go Work on Wall Street

Next: How to Assess the Impact of a Career

Mentioned in
2To save the world, don’t get a job at a charity; go work on Wall Street
1How to Assess the Impact of a Career
New Comment
5 comments, sorted by
top scoring
Click to highlight new comments since: Today at 4:57 AM
[-]LaurenMcG6y 0

Amazing article! Are there any resources available to help identify, prioritise and facilitate opportunities for high-impact science? I'm currently researching cause prioritisation of, and within, biotechnology - especially it's positive applications. Any ideas would be greatly appreciated :)

This may also be useful: https://www.givingwhatwecan.org/cause/medical-research/.

You might be interested in reading the Open Philanthropy Project's published science investigations, or 80000 Hours' write-ups on biomedical research, but I'm afraid they may not be developed enough for your purposes.

The last four paragraphs of this post are repeated from earlier, and appear to be cutting out some of the original post.

Thanks, it should be fixed now.