This post is part of a series on Open Phil’s 2020 survey of a subset of people doing (or interested in) longtermist priority work. See the first post for an introduction and a discussion of the high-level takeaways from this survey. Previous posts discussed the survey’s methodology, background statistics about our respondent pool, and our findings on what helped and hindered our respondents re: their positive impact on the world. This post discusses our results about the impact from EA groups.

We found evidence of a lot of impact from EA groups. One question asked our respondents to list the top few things that impacted them (unanchored), and on this question, our respondents listed EA groups more frequently, by far, than anything else on the list of 34 EA/EA-adjacent things we specifically looked for in responses. On other metrics which aggregated large and small impacts, (“impact points” and “mentions”) they also performed well. How is this impact distributed across different groups and types of groups?

66 distinct groups were mentioned by respondents. These encompassed both university-based groups, like Yale EA, and geographically-based groups, like EA London. A small number of topic-specific groups (e.g. an AI Safety reading group) were also included. Respondents didn’t always tell us explicitly which group they had attended, but when they didn’t we were generally able to figure it out from reading free-text responses[1].

Note also that a fair number of our respondents were actually founders/organizers of the groups they said had an impact on them, and some mentioned that this was important to how the group had impacted them (e.g. they got more into EA ideas because they were in this role).

This analysis doesn’t include rationality/LessWrong/Slate Star Codex meetup groups, though they were one of the 34 influences we asked about by name.

The below charts show the breakdown of unweighted and weighted impact points for groups with the top ten largest totals[3], lumping all other groups under “Other.” I’ve redacted the names of some groups in order to protect respondent anonymity. 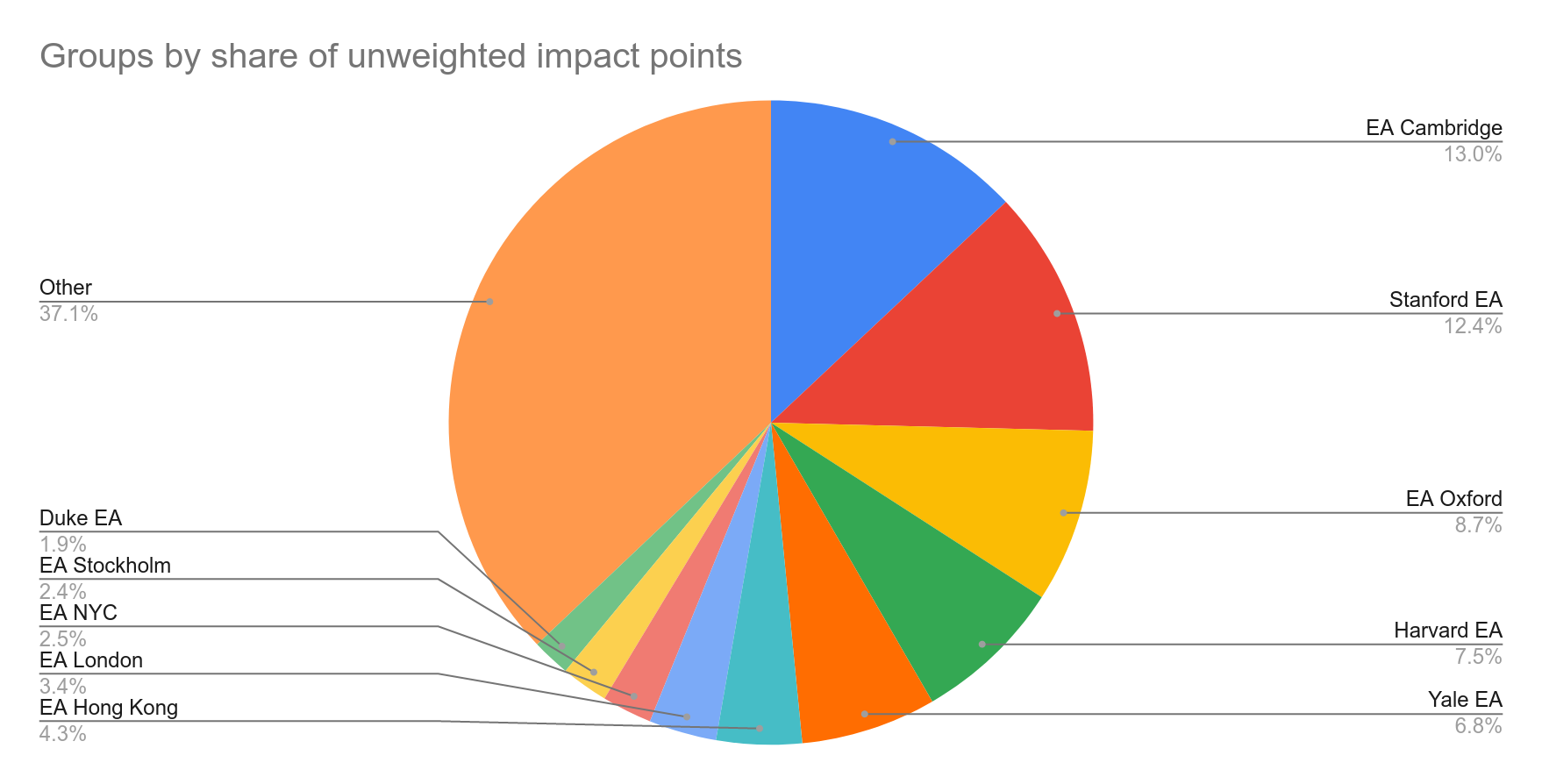 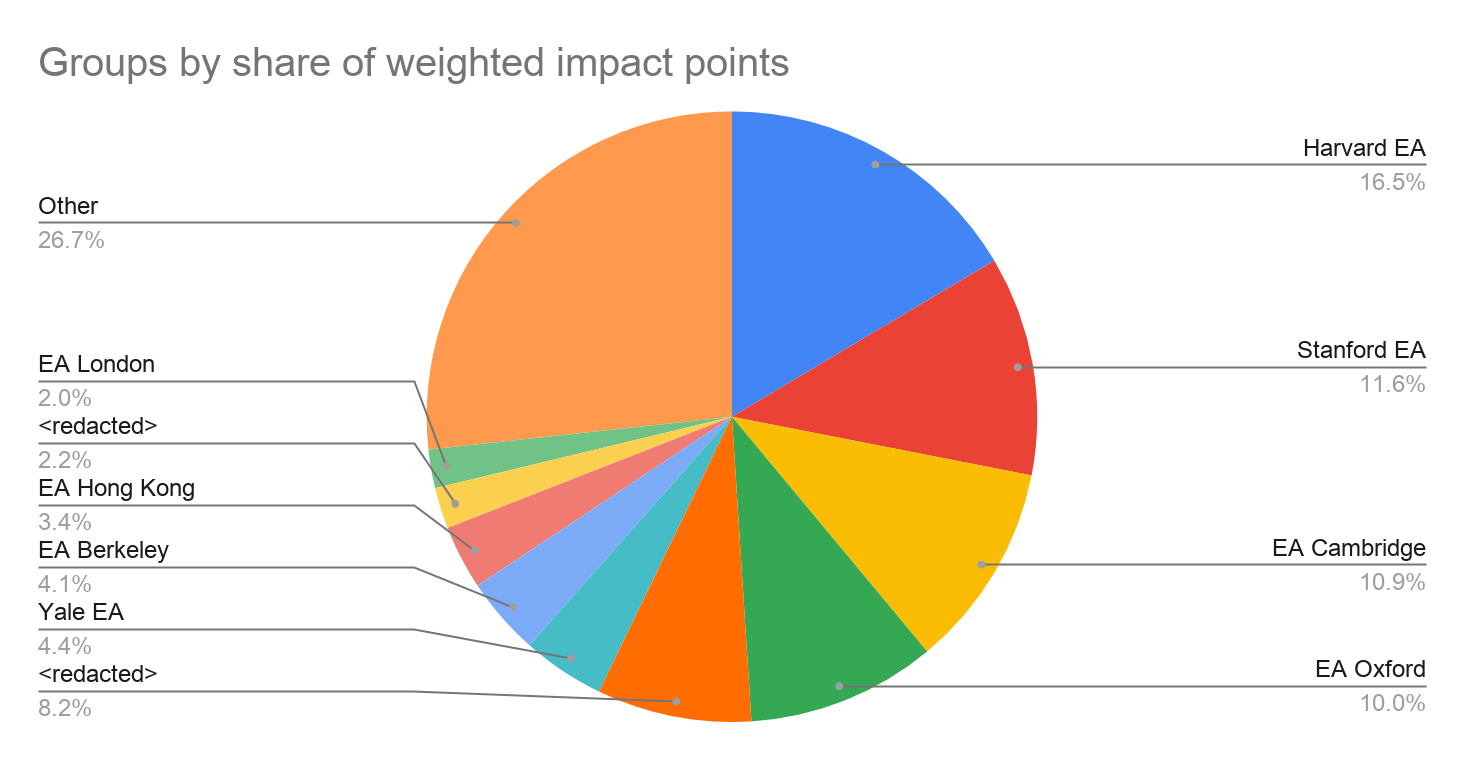 The data for top factor listings by individual group was very noisy because of the small number of data points for each group, so I don’t include it here.

Here is how weighted and unweighted impact points break down across various subsets of the groups. One subset is “top-15 universities”; see our definition of that term here[4].

Impact also looks very unevenly distributed even among groups at top-15 universities. Between 40-50% of all impact from groups (by these metrics), and the vast majority of all impact (by these metrics) from groups at top-15 universities, looks to be coming from just the groups at Oxford, Cambridge, Stanford, and Harvard. (This is counting all of Harvard’s groups, not just the undergrad one.)

Note that, to the extent we want to use them to forecast the future, comparisons between groups’ historical impacts here are confounded by their different ages; some groups at top universities didn’t get started until 2016 or later, while Stanford EA, EA Oxford, EA Cambridge, and Harvard EA have been around for a much longer time. Also keep in mind that these results are based on only our respondents, who are likely a small fraction of the total group members for each group.