"What pivotal and useful research ... would you like to see assessed? (Bounty for suggestions)"

I wrote this question post a few days ago, trying to gather suggestions for the Unjournal to consider and use as pilot cases. Since then, I have improved and updated it, adding a bounty, explaining the bounty, and giving more details on what we are looking for. You probably only saw it in its first iteration, when it hit the front page.

But I really want you to look at it again, now that it is clearer (hopefully), and I have emphasized its value by offering a bounty.

But I don't want to make a new post saying the same thing, because this will clutter up the information environment. And I don't want to delete the original post, because it will lose the comments, the link URL I used elsewhere, and deletion feels bad.

So I updated it and then I'm bothering you about it here. But obviously this creates another post cluttering the ecosystem, which I'm attempting to obliquely justify by making this a meta-issue. But actually, I do think it's a real issue, In fact, this is a similar to the issue I highlight in arguing for the unjournal 'evaluate rather than publish' model. If I need to 'publish a new paper' (or post) every time I change or improve it, there will be too many things out there, confusing future readers.

The EA Forum does let people update their posts. What if we let them also end up on the front page whenever they were updated?

That could be sort of a mess. It would give people an incentive to get attention by constantly updating their work. Even minor updates might bring things back on the front page when it's really the same thing you already read. (Caveat: I'm not completely sure how the front-paging and suggesting algorithm works.)

So that would probably not work well. However, we could imagine a system where people were given a certain amount of credits (perhaps conditional on their karma?) to re-front-page/promote a limited number of their posts per time-interval ... Perhaps you could re-promote 1 post per 2 months or some such. 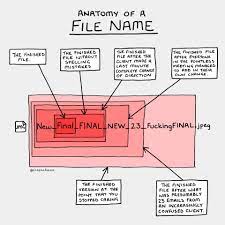 Another cost to encouraging people to edit rather than create new posts, is that you can lose information. It doesn't seem like the EA Forum archives previous versions of posts. That might be a feature worth developing, but meanwhile, we can probably deal with this limitation. Cashing this out:

I think these problems can mostly be addressed (even if we don't have archived versions). When you edit and revise a post, try to keep the structure the same. If you delete a heading, maybe leave it in with "(this section deleted)" as a placeholder. Try not to change the main thrust of the post too much… If it is being changed so fundamentally that it no longer would work to link back to refer to, it should probably be a new post. And of course you can explicitly acknowledge and leave pointers, perhaps footnotes, two places where the post was changed.

Totally - it would be great if people could receive feedback on a post, revise it, then (re-)submit it for wider viewing. I had this feeling myself with my recent post on impact certs. Not sure exactly the best mechanic.

One possibility would be that you could pre-submit a post, wait on people to review it, perhaps anonymously, and then once they approved the post, it would go public, but with a certification indicating that it was "reviewed". Basically a light version of peer review.

I was thinking more about posts that continue to build and evolve, but this is another good use case. You might think 'short form that upgrades to a regular post' could do this, but we don't have that functionality. ... (and also short forms don't really get enough exposure)

Agreed, I was thinking about this as well, among other things to encourage action > inaction (might calm some peoples' fears of sharing their thoughts on the forum).

I could imagine newly submitted posts to go through an initial preliminary period of, say, 1 week. During that time they could be marked as "newly submitted" / "recent" / or similar, which makes it clear that larger changes could still be made, and encourages others' feedback (this might even increase total post engagement). This is the period in which most interaction happens, so most obvious issues can be made aware of and corrected. After that week it could for example be "reposted" as its more or less "final" version. Or the author (or an algorithm) decides if that is needed based on e.g. the post's similarity to its original version.