I studied Maths and Philosophy, and have helped implement the European Summer Program on Rationality during 2019, 2018 and 2017. Nowadays, I sell some software, and I study and research on my own: nunosempere.github.io, acquiring deeper models of things.

I've been following this with interest.

The 1962 Cuban Missile Crisis made the hotline a priority. During the standoff, official diplomatic messages typically took six hours to deliver; unofficial channels, such as via television network correspondents, had to be used too as they were quicker

That is, even though faster systems existed, they hadn't been implemented in the area of communications between the Soviet Union and the USA (pretty huge blindspot), but could be implemented more or less immediately, once both regimes actually bothered.

The code used to find that out is, in R:

And the results are

Reply
AMA: Rob Mather, founder and CEO of the Against Malaria Foundation
NunoSempere1mo3

I started somewhat by accident...

Would you give a guess as to the probability you would have assigned to ending up doing something like this before you in fact did? How unlikely was this class of outcomes?

[The images don't load for me. What I usually do in these cases is to upload the image to github, and then add it to the EA forum with ![](imageURL)]

Curiously enough, 'twas me who fulfilled the bounty.

You could also consider providing your probabilities in the form of distributions, for example by answering a question like "What probability would you assign to tribbles [1] being sentient after 1000 more hours of research?" This would perhaps solve part of the problem of communicating the uncertainty which you want to communicate. 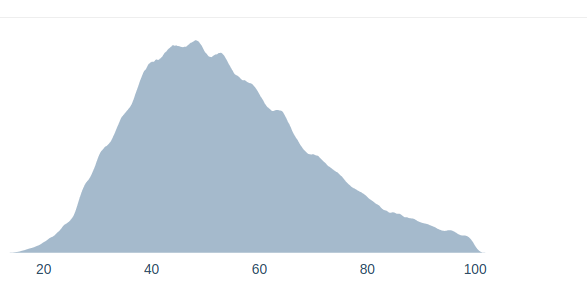 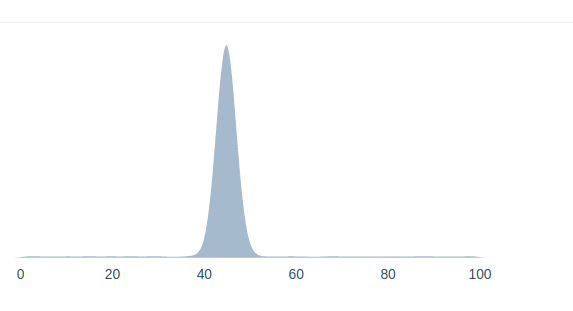 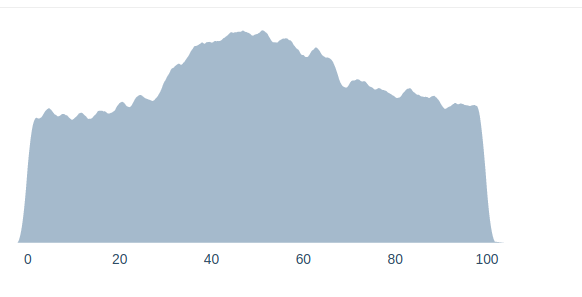 In the second one, research has mostly been done and you've already mostly made up your mind. You have a probability of ~45%, and you believe that further research is most likely to move you to 42%, or to 47%, but not that much further. You'd be shocked if you ended up with a probability of more than 60%.

The third one is the distributional equivalent of you making a shrug. Your probability is 45%, but really, tribbles being so underexplored means that your distribution looks pretty much uniform.

Note that it's even possible that all three distributions have the same mean (~45%). This would mean that in all three cases you'd think that a bet of 45:55 would be a fair bet (that is, that it has an expected value of 0).

You could also predict the standard deviation of your distribution (how broad it is) after 1000h of research, 2000h, 5000h, etc., aggregate the distributions of all your researchers, and do other nice things.

Hey, regarding your question "What types of talent do you currently think [your organization // EA as a whole] will need more of over the next 5 years? (Pick up to 6)", I think you might want to word it somewhat differently, and perhaps disambiguate between:

This mainly has the advantage of allowing for more granular comparison. For example, maybe management is always a solid 10, whereas government expertise is a solid 7, but both always fall in the top 6, and the difference might sometimes be important. I also think that the second wording is somewhat easier to read / requires less cognitive labor.

Two book recommendations are The Power of Survey Design: A User's Guide for Managing Surveys, Interpreting Results, and Influencing Respondents and Improving survey questions - Design and Evaluation. I should have a short review/summary and some checklists somewhere, if you're interested.

Reply
How do we create international supply chain accountability?
NunoSempere3mo1

I researched this at some point; will try to write something up this week, though I might do so in a separate post. Thanks for asking the question!

Reply
How do we create international supply chain accountability?
NunoSempere3mo1

I disagree; I see "supply chain accountability" as a very specific, almost technical term (the word international is a little bit redundant, though), which contains enough information for me to figure out what it means.