The most persuasive writing neutrally surveys both sides of an argument 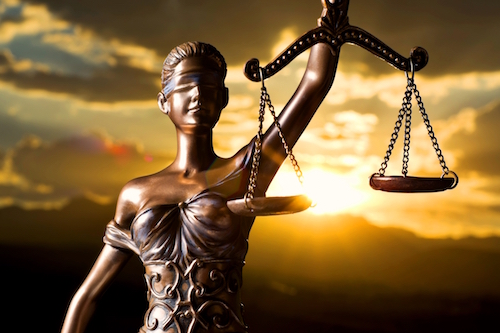 A piece of advice for people posting here and elsewhere: what you write will be more convincing and higher quality if you set out to survey the considerations on both sides of a disagreement.

This is because readers will be able to weigh the arguments on either side against one another in a single place. It also means you yourself will have to consider a wider range of angles in reaching your conclusion, rather than making a one-sided search for arguments in favour of whatever you believe at the start.

A example of the problem with the alternative is Peter Hurford's post on 'EA Falling into a Meta-Trap' which is one of the most up-voted posts ever written here. I don't mean to pick on Peter in particular because most people naturally write 'the case for conclusion X', including me. Fortunately, as Peter is one of the most popular EA writers I don't feel like a jerk using him as an example.

Conveniently I disagree with Peter's conclusion and believe that EA has been, and is likely to continue, to under-invest in meta-charity. I don't intend to convince you that I'm right about that here - instead simply imagine the voice in my head as I'm reading that post:

Unfortunately, this means I didn't update my views that much in either direction, despite it being a very important issue to me. Which is a shame, because everything Peter wrote was sound in and of itself.

If the goal is to help others form sound views, putting all of this in one place makes the whole more than a sum of its parts. Everyone will feel like they have been heard so they are more open to updating in one direction or another.
Furthermore, if you write this way you may well change your mind in the process. Phillip Tetlock's research has found that people who use something like this approach, instead of the 'write a strong case for conclusion X', produce more accurate forecasts about the future.
What are the best arguments against writing in this way?
These are true to some extent, but I think they are outweighed by the benefits.
Though it's more boring and creates less emotional investment, that's a pro as far as getting people to form accurate beliefs. Our goal here isn't primarily our own entertainment. People who care and make decisions based on a question will usually still read a comprehensive post about it. However, if your goal is just entertainment and attention, then you should aim to write things that are as biased and inaccurate as possible.
Posts like this take twice as long to write, but only because they contain twice as much information, in a package that makes that information more than twice as valuable. You are saving someone else the hassle of writing a response with everything you left out.
Commenters will often provide counterarguments if you don't. However, this is less satisfactory than putting them in the original post. Firstly, many readers will not dig into comments and will only read the original post, causing them to get a biased view. Secondly, comment threads tend to rapidly become messy and hard for observers, and even participants, to follow. They rarely extend to more than 2 responses from each side so we want each one to count. Thirdly, if you have already provided the main considerations in favour and against something in the original post, then the comments jump to how they should be weighed against one another, which is more interesting and typically the real source of disagreement.
In conclusion, anyone who makes the extra effort to write up an all-things-considered judgement gets an up-vote from me.
Update: People are mostly only taking issue with whether single-sided posts are more persuasive. I disagree, at least for myself. But if single-sided posts are more persuasive, that strengthens the argument for not using them here. Being convincing in the service of less reliable views is no virtue.
Frontpage

I very much agree that one should neutrally survey both sides of an argument. However, one could argue that the fact that Peter Hurford's post is one of the most upvoted articles indicates that writing "one-sided" articles are in fact more persuasive, even though it shouldn't. I therefore think your title is slightly misleading. But generally I think this is a very good and important post.

One-sidedness is generally a sign of confirmation bias, the halo effect, or some other bias. This has got quite a lot of attention in EA circles. See, e.g. Yudkowsky's Policy-debates should not appear one-sided, and Gregory Lewis's Beware Suspicious and Surprising Convergence. I myself have made a political bias test based on this idea and written an academic paper explicating its logic in Bayesian terms. I have also argued that one-sided multiple-factor explanations are suspicious (see also Scott Alexander' post on this issue ).

In the multiple factor post, I argue that illuminaries like Jared Diamond and Steven Pinker are guilty of arguing in this one-sided way, which is very pervasive indeed. Possible arguments in favour of writing in this "one-sided" way (a question that Rob discusses above) are discussed in the comments section (see the comments by DavidAgain and my responses).

It's probably persuasive to people with no existing view or knowledge, but not to people who disagree or know a lot already.

I agree with Stefan that it's more persuasive to write one-sided, and I'd point to the fact that the most popular articles out there (both here on the EA Forum and definitely elsewhere) are presented one-sidedly. I think by "persuasive" you meant "best for helping readers form accurate beliefs", which are different things ;)

As Rob pointed out, balanced articles are normally more boring to read. So we shouldn't be surprised that they are relatively less popular. Popularity is a (very) poor indicator of persuasiveness, because the popularity of an article giving a viewpoint is mostly a function of people who hold the same view holding it up and saying 'Look at this. It argues for my view!'. Confirmation is not persuasion.

This is especially true if we're going to measure popularity by 'number of shares' or 'number of upvotes'.

This seems like a good opportunity for collaboration! Perhaps one-sided posts could include a disclaimer at the end of, "In this post, I've covered the most compelling arguments for X because I think the considerations on the other side are things most people already know. However, I invite someone with more time/interest to compile those in a comment, or message me and I can add them to the post itself."

Of course, this assumes we want to be "persuasive" in the way Rob means rather than the common definition of, "most likely to get people to agree with you."

I'll also likely invest a lot more time (and look at both sides) in posts I care a lot more about, e.g., about where to donate.

For the purposes of the title I was thinking more like 'persuasive to me', or 'should change people's minds'.

Dan Keys chased up some studies suggesting that a more comprehensive treatment might be more convincing after all.

But if I can get people to think that blog posts which only present arguments on one side are more persuasive, but should actually only be slightly persuasive.

If something is one-sided, then the more persuasive it is the worse!

A quick search into the academic research on this topic roughly matches the claims in this post.

So: surveying both sides of the argument, and making the case for why one side holds more weight than the other, does seem to lead to more convincing writing.

A quick skim through the list of articles citing Allen and O'Keefe's papers turned up some studies which look for additional sources of variability which might moderate this effect, but I didn't notice any that challenge the general pattern or which get into really good detail on whether normatively good arguments (e.g., non-straw-man, measured conclusions) are more convincing.

What are the best arguments against writing in this way?

Kudos for acting on your own advice!

I've been in the internet debating game for long enough to know to cover my own butt. :P

If you are writing a summary of existing arguments, then yes. But if you have a new argument, then there is no reason to drown it in old arguments.

That's true, but then you can't claim to say where the balance lies - you're just adding one new brick to the wall.

Does anyone know why this article has been so heavily downvoted?

I presume because people think unbalanced arguments are actually more persuasive (even if they shouldn't be).

Even so, downvoting shouldn't be used to indicate disagreement.

You are correct, but some people do it anyway.

I wonder if my articles would be even more popular if I added images... (joke)

They will be shared vastly more on social media if they have an image!

I think it also helps people recall the information because it will be associated with an image.

While I appreciate the sentiment expressed here, I agree with most commenters that the most persuasive writing style, and the most popular writing style, is to present one side of the argument.

If we intentionally want to change this dynamics, we have to change the incentive structure. For example, we can get a group of people to make a commitment to upvote EA Forum articles that present all sides of an argument. Other options are available as well.

However, until the incentives are changed, people will do what they naturally get rewarded for, and what takes less time and efforts.

"If we intentionally want to change this dynamics, we have to change the incentive structure."

That's what I'm doing here by changing what is perceived as virtuous.

"the most persuasive writing style ... is to present one side of the argument"

If it's persuasive that's a further argument against doing it, because you're biasing what people believe. At least if it was unpersuasive you wouldn't be doing any harm.

If it's persuasive that's a further argument against doing it, because you're biasing what people believe. At least if it was unpersuasive you wouldn't be doing any harm.

Regarding the persuasiveness, it depends on what you're optimizing for. Many people - including on the EA Forum - optimize for less effort and winning, as opposed to truth. This is a problem, as you rightly point out. I support your effort, and am suggesting a further specific incentive of people making a commitment to upvote posts that present both sides.