Opinions are mine. If you comment on one of these items, please quote the item in full at the start of your comment. Other people can then upvote and downvote other comments depending on whether you think it’s worthy of funding. 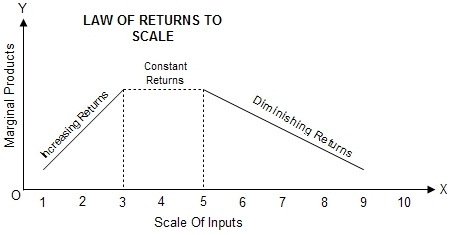 So the items below do not have funding gaps in the 10s of millions of dollars like some global development charities (in particular GiveDirectly) and might hit diminishing returns relatively quickly, especially because they might already received some funding. Yet they might have room for more funding and be effective if one were to give them a relatively small ‘top up’.

These items are all more on the ‘high risk / high reward’ side (cf. hits-based giving). It might be that good funding opportunities such as these can be found in many fields. The variance of the effectiveness within different causes is high, as is the case in global health, where some health interventions seem to be many times more effective than others. But it can also be true that cross cause variance effectiveness is lower than people might think and that the distributions of effectiveness of different causes are overlapping. In other words, it might be that there are some climate change interventions that are more effective to fund than than some biosecurity interventions, even though we might agree that climate change is less neglected than biosecurity and generally scores worse on the scale, neglectedness, solvability framework.

Analogously, in the for profit world, even though investors such as YCombinator are often particularly interested in investing in specific vertical markets that they find particularly promising, they often don’t restrict themselves to these markets and generally try to fund a small amount of money in many different startups that are trying to disrupt any wide variety verticals. Another finance analogy: investing in cause areas that are most neglected, such as global health or AI risk, is probably akin to investing in an index fund which tracks the biggest companies within a particular market, in the sense that it is a pretty safe bet, whereas finding good funding opportunities across causes might be more similar to active investing, which requires more research.

Something one could do on each of these items is a reversal test to sanity check against any status quo bias. For example, you could ask yourself: ‘If the organisation or project already had an extra $100,000, would I take it away from them and give it to, say, GiveDirectly (which is used as a benchmark in development and charitable giving)?’ and ‘Would I take away money from GiveDirectly on the margin (their last $100,000 for cash transfers) to give it to these projects?’. Maybe this method can also guard against precision bias of conducting ever more elaborate, explicit cost-effectiveness modelling (which the following items lack), while neglecting crucial considerations. Using this sort of reversal test myself, in many cases it becomes self-evidently clear to me that those items should be prioritized over direct global development interventions.

Finally, any of the world’s 2,100 billionaires could give each of these funding opportunities $1 million with the interest on their wealth in any given year and not touch the principal of their net worth. Any of the world’s 200,000 ultra high net worth individuals (+$30 million) could give each of these funding opportunities $250,000 and they would have still have at least half their wealth left. Some argue that wealth inequality will increase and so in the future there might be even more people who could fund projects such as these. It might be useful to have a wide variety of things to pitch to particular high net worth individuals’ interests.

Suffice to say, I don’t have a strong sense if each and every one of these items should really be funded, because I have not vetted them thoroughly, but I hope that they might serve as an inspiration for further research. The items are in no particular order.