Announcing the first issue of Asterisk

Are you a fan of engaging, epistemically rigorous longform writing about the world's most pressing problems? Interested in in-depth interviews with leading scholars? A reader of taste and discernment? Sick of FTXcourse?

Distract yourself with the inaugural issue of Asterisk Magazine, out now!

Asterisk is a new quarterly journal of clear writing and clear thinking about things that matter (and, occasionally, things we just think are interesting). In this issue:

A huge thank you to everyone in the community who helped us make Asterisk a reality. We hope you all enjoy reading it as much as we enjoyed making it.

This seems really great! I really loved Kelsey's post on What We Owe The Future and would love to see it crossposted to the EA Forum, if possible.

It seems like this is also trying to be a print magazine, but after clicking around hopefully for 3 minutes, I have failed to find a way to acquire it in print format. How can I give you my money?

We're working on it! The logistics of setting up print subscriptions in a way that syncs with our printer turned out to be pretty complicated and we didn't want to delay the launch further, but the store should be live in a couple of days.

+1 to looking forward to print copies.

My ideal format would be PDF eBook of all the articles. Willing to pay.

Seems good, looking forward to buying a few of these!

For those wondering why we needed a stylish magazine for provocative rationalist/EA nonfiction when Works In Progress is pretty good too, Scott Alexander says

Works In Progress is a Progress Studies magazine, I'm sure these two movements look exactly the same to everyone on the outside, but we're very invested in the differences between them.

Could Nonlinear Library or Perrin Walker do audio versions of these articles? 🙏

Yesterday I listened to Kelsey Piper's review using the Google Assistant text-to-speech (which only works for web pages), and it worked pretty well. Only a couple words are mispronounced ("aye" for AI).

Fred Kaplan's article on US nuclear policy is amazing. So many interesting parts, but my favourites were:

It is possible to create a highlight for the same selected text twice, after which it’s possible to delete one of the highlights, but not the second.

The link click area for the left-side table of contents / scroll progress thing extends far enough to interfere with the click area for the “create highlight” asterisk button: https://share.obormot.net/screenshots/Arcturus_Screen%20Shot%202022-11-22%20at%204.31.35%20PM.png

It is possible to highlight whitespace, and then difficult to realize what happened, or to remove the highlight: https://share.obormot.net/screenshots/Arcturus_Screen%20Shot%202022-11-22%20at%204.30.03%20PM.png

Having created multiple highlights on the same line, it is not possible to select which one is deleted when the “x” button is clicked: https://share.obormot.net/screenshots/Arcturus_Screen%20Shot%202022-11-22%20at%204.28.48%20PM.png

It is possible to create multiple highlights in the same paragraph, in which case they overlap in the floating highlights section: https://share.obormot.net/screenshots/Arcturus_Screen%20Shot%202022-11-22%20at%204.26.46%20PM.png

Excited to read! Is there an easy way to download a copy to read offline? Eg a PDF with all the articles. (Obviously I can just save each article individually, but it's nice to have an easier way!)

I have a PDF of the print version I'm happy to send to you – if there's a lot of demand, I'll put it up on the website.

I'd love to get a print version but I don't see anything about that on the website. Would it be possible to buy one?

The web store should be live in a couple of days.

I'd like a PDF version too. I appreciated the effort in an online highlighter, but on the PDF I can take arbitrary notes and they will stay saved forever on my computer if I need to find something I read and my thoughts on it, it does happen.

In particular I'd like a PDF with WIDE MARGINS. Not like normal newspaper pdfs were you have to take notes in collapsible stickies or find a sophisticated note-taker app that is not compatible with other readers.

Here is a PDF version of the monkeypox article:

You can generate such a PDF from any article on the site, in the following way:

(This is possible on a Mac, and I think also on Windows; I don’t know about Linux.)

It would be easy for someone to create such PDFs of all the currently available articles, to combine them into one file, to convert to ebook format, etc.

fantastic to see more edited long form with good writing! The website typography and layout also beautiful btw. Reminds of me slightly of the Economist but tbh looks and feels better. nice work!

I love the way the main text is centered and the footnotes appear immediately to the right of the reference.

A request: when I print an article as a PDF, the notes are omitted. I understand that the margins on an A4 page are not wide enough to include sidenotes, but why not turn them into footnotes?

Nice! This is like Works in Progress but for EA. Hope to see a crossover episode soon! :)

Would highly appreciate DOIs for the articles of the journal.

Thanks for the great work!

The website is unsatisfying to look at right now, and although the content is perfect, I'm worried about recommending it to people since they will  be very put off by the design.

A good solution is probably to add in dall-e images underneath each article headline, as a clickable link. It costs ~13 cents for four images 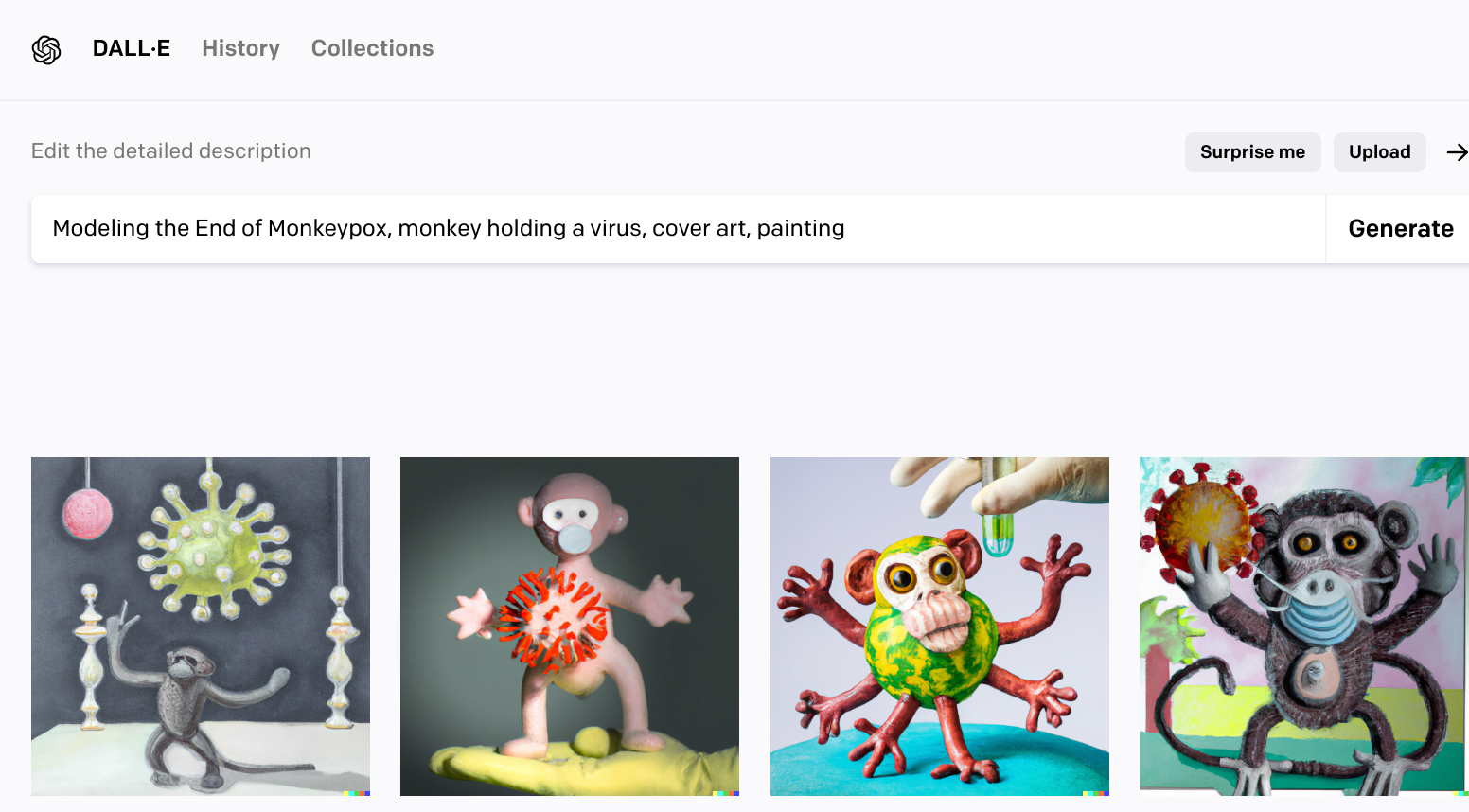 Just chiming in with an extra anecdotal data point that (on my laptop at least) I think the design looks great, from colour scheme to font choice - it's clear that a lot of effort has been put into this. I also really like the save highlight function, which I hadn't seen before, and thought it was a neat design choice to use an asterix there too (as well as the blurbs that come up when you hover over titles). I've only skimmed 1 article so far so can't comment on the content, but definitely would not hesitate to recommend this to people based on its current design, and I'd probably also anti-recommend adding dall-e images (at least the 4 that have come up).

Thanks to Clara and the team who have put this together!

I think Asterisk is deliberately trying to look different from Substack, Medium, news sites, etc., rather than doing so accidentally/ as a product of being unaware of how to look like those sites.

I'm on desktop, not mobile, and most people are on mobile I guess, so maybe that's what's doing it. I don't use smartphones but it seems like it should work fine on a screen that size.

I actually really like the design, and that's despite my being in the "dark theme everything" camp.

(This is totally piling on here, and AI assisted art and content has a big future)

It's obvious to everyone that a lot of "2022-style" Dall-E content is gimmicky, not a substitute for illustrators, and going to age poorly.

I agree. I've already started to develop a bit of an instinctive 'ugh' reaction to random illustrations, even ones without obvious generative model tell-tales or the DALL-E watermark.

It's comparable to how you feel when you notice that little '© Getty Images' or a Memphis style image, and realize your time & (mental) bandwidth was wasted by the image equivalent of an emoji. It's not that they look bad, necessarily, but they increasingly signify 'cheap' and 'tacky'. (After all, if this monkey pox image can be generated by a prompt of 12 redundant words, then that's another of saying that the image is worth far less than a thousand words - it's worth less than 12...)

It gets worse if you can spot any flaws or they do look bad overall: "so you couldn't even take another minute to generate a variant without blatant artifacting? That's how slovenly and careless your work is, and how little you respect your readers?"

if this monkey pox image can be generated by a prompt of 12 redundant words, then that's another of saying that the image is worth far less than a thousand words - it's worth less than 12...

It's only worth less than 12 if you have mental access to state of the model after training. If not, it also includes a bunch of what it learned.

Thanks, I appreciate your perspective. I think I agree directionally but I'm not as negative (also I don't know what Memphis design is, I'll look it up).

Overall, I think my original comment's tone was too negative. It looks like the parent comment retracted, probably because everyone piled on =( .

I think my intent behind my original comment was about the aesthetics and purposes/agenda of Asterisk. I'm pretty sure they want to signal depth/legitimacy, and avoid trendiness.

What is your view about Asterisk's design, separate from the Dall-E issue?

But I have a lot of questions about the 'highlight' feature: aside from the many teething problems Said has already documented, which bugs doubtless will be fixed, I don't understand what the usecase is, compared to other web annotation systems like Hypothesis - so it stores arbitrary ranges of text, saving them to, I assume, dangerously ephemeral browser LocalStorage where they will be unpredictably erased in a few hours / days / weeks, and unavailable on any other device presumably. Why do I want this? They aren't clipped to something like Evernote, they aren't synced to my phone, they aren't saved anywhere safe, they aren't posted to social media or visible to anyone else in any way... Is the idea to highlight various parts and then manually copy-paste them?

I thought that the point was to help with active reading and little more.

Maybe? I can't easily appreciate such a usecase because I always want to save any excerpts I find worth excerpting. Are there a lot of people who want that? If that's the idea, I guess the "About Highlights" dialogue needs a bit of documentation to explain the intended (and unintended) uses. At least, anyone who doesn't realize that the annotations are ephemeral, because they aren't enough of a web dev to understand 'What you save is stored only on your specific browser locally' is as much of a bug as it is a feature, is in for a bad time when their annotations inevitably get deleted...

Very interesting and beautifully crafted. Just wanted to mention that your newsletter signup might have some issue, when I try to sign up I get an error alert saying "Could not connect to the registration server. Please try again later.".

This seems to be an issue on mailchimp's end, not ours – their servers have been having outages all morning. I recommend trying again in a bit.

I think the JS alert was caused by my ad blockers. When I turned off both uBlock Origin and Firefox's built-in one, the request was sent to Mailchimp successfully. Have not received a confirmation though which might be related to the issue you mention.

Thanks for bringing this to my attention! I'll talk to my web developer right away.

I just finished reading all of it, and it was very enjoyable. Kudos to the editors and contributors. For all I know this is complicated and not worth it, but I would really appreciate if there was a way that I could subscribe to this in Apple News+. I like the offline, not-in-browser reading mode and  I'd like to slot this reading alongside other long form magazines mentally. I have no clue how Apple News works not the back end, but the magazines must get money out of this. Finally, getting on Apple News might help you extend your audience.

This was a really fun read; thanks for helping put it together!!